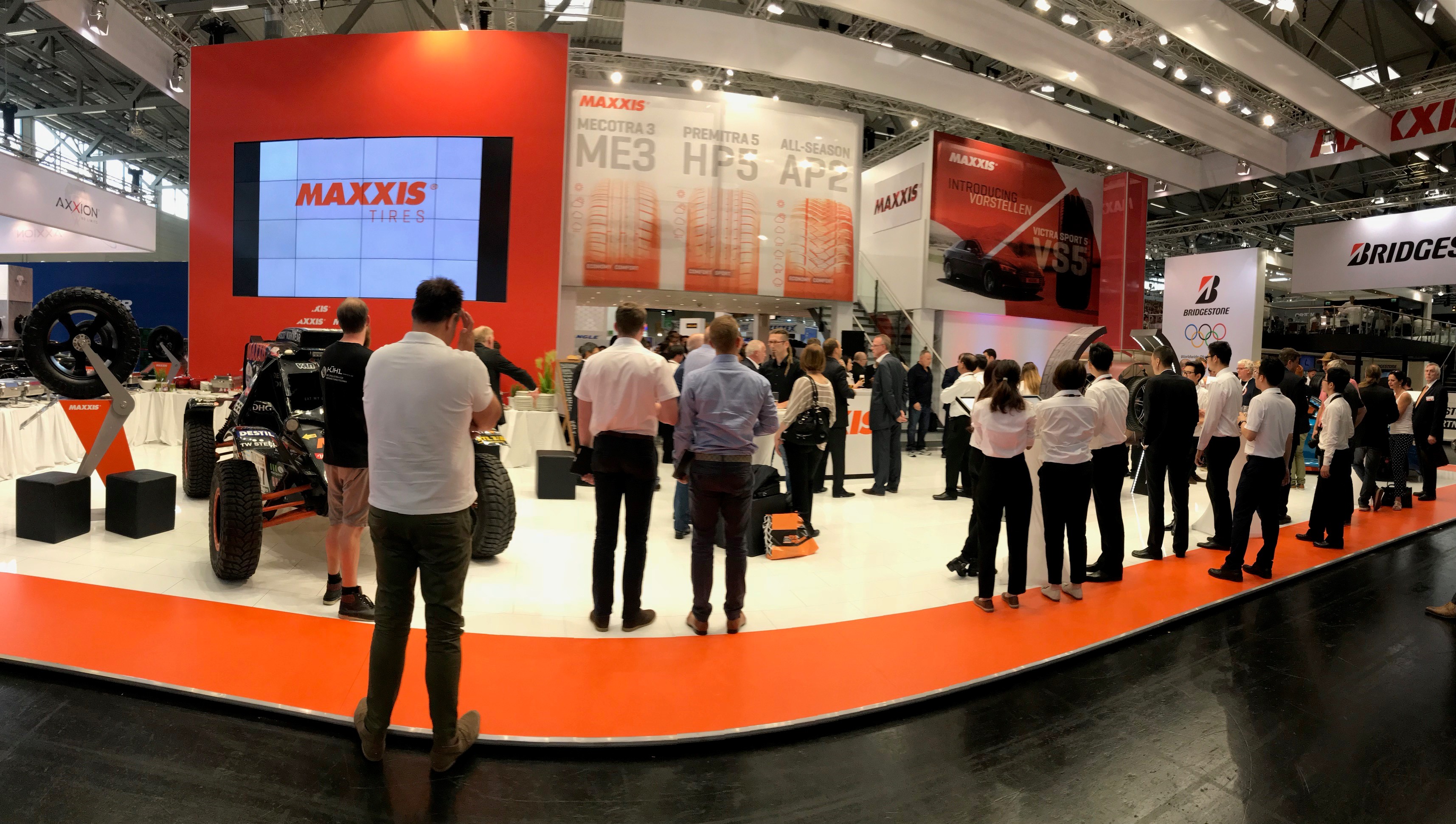 Felix performs on fairs. Magic is a wonderful component to attract vistors to the booth. Products can be part of the magic performance and attract the attention.

But Felix Gauger also loves to mix and mingle at booth parties after the fair opening, where usually good clients are invited. 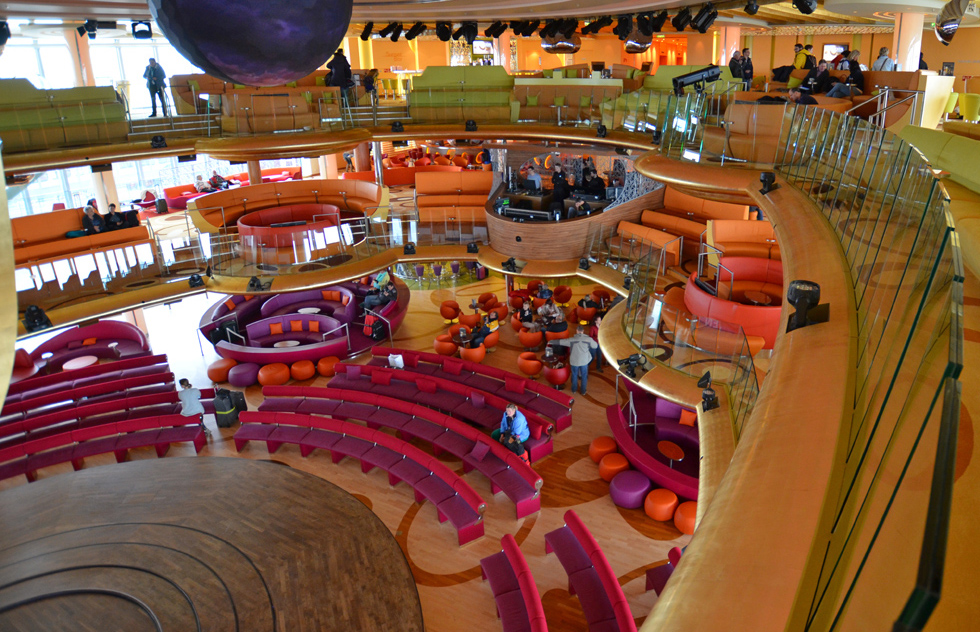 Today Cruise Ship AIDA prima is leaving the Port of Palma de Mallorca. Magician Felix Gauger is onboard with a few magic shows. He performs in the nightlcub Nightfly and in the theater which has space for 1.200 person. The Cruise will go to Italy, Spain and then back again to Palma. On Mallorca the next gig is already waiting for Felix, as he will perform some days later for a corporate doing close up magic in Santa Ponca. 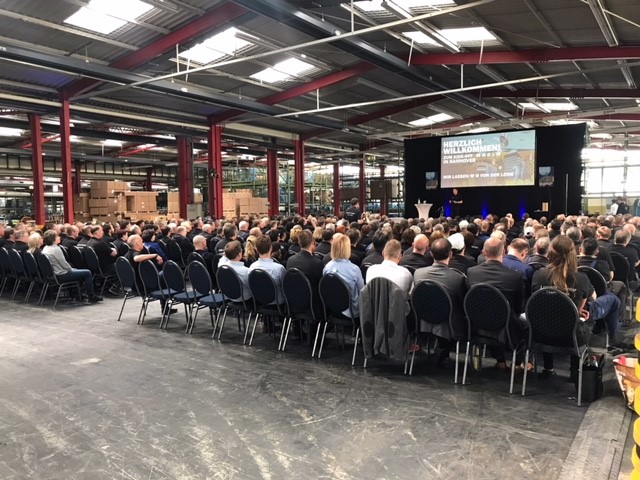 Felix Gauger accompanies a german automotive manufacturer at his Kick.off event for a large IT integration project. Performing magic during the kick-off takes the event to a whole new level combining show elements with the message of the project. Thus the event will stay longer in the minds of the employees on their way to a successful start in their project. 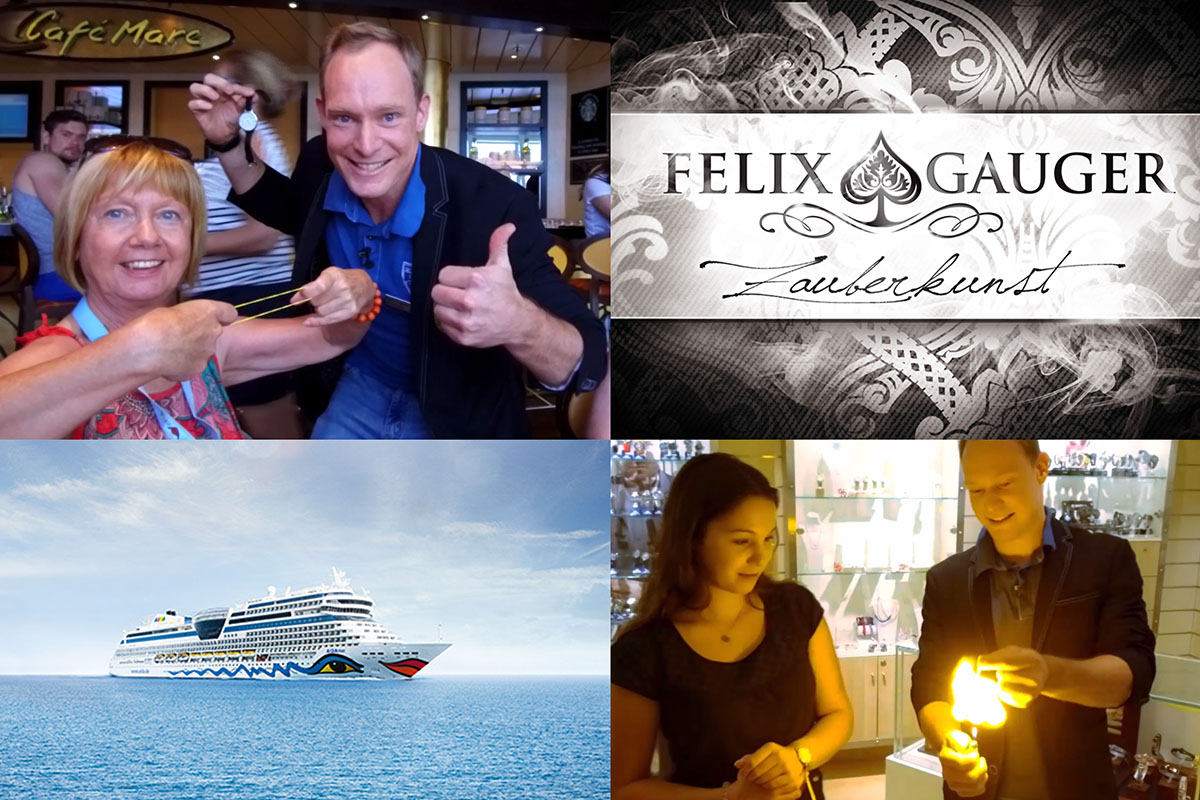 Felix has performed some street magic on a seaday at AIDAmar. This film was a teaser for his evening show at the theatre.

Watch the movie at: 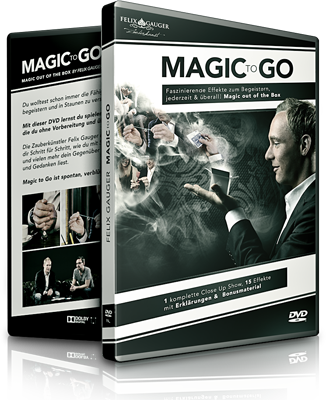 Felix Gauger has a German speaking DVD where you can learn to perform magic. It is available at Amazon, where you can buy the DVD. It ships internationally and is the perfect gift for Christmas.

You can also check out my online-magic-course at Udemy 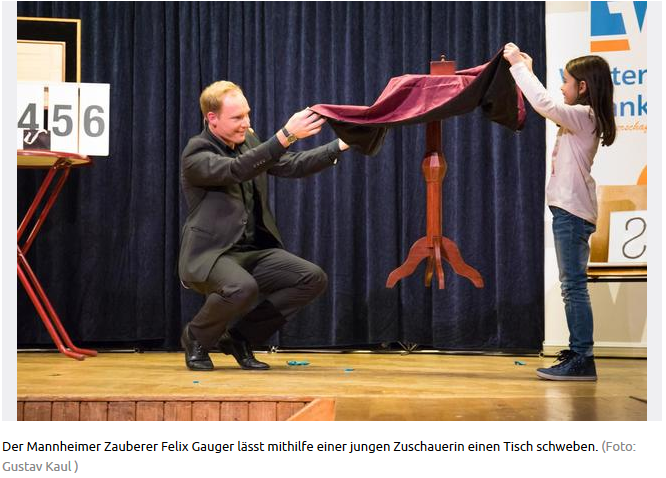 Magician Felix Gauger has given his audience in Harthausen near Winterlingen a magical evening with true magic. With his tricks, illusions and a lot of humor he provided entertaining entertainment in the venue. 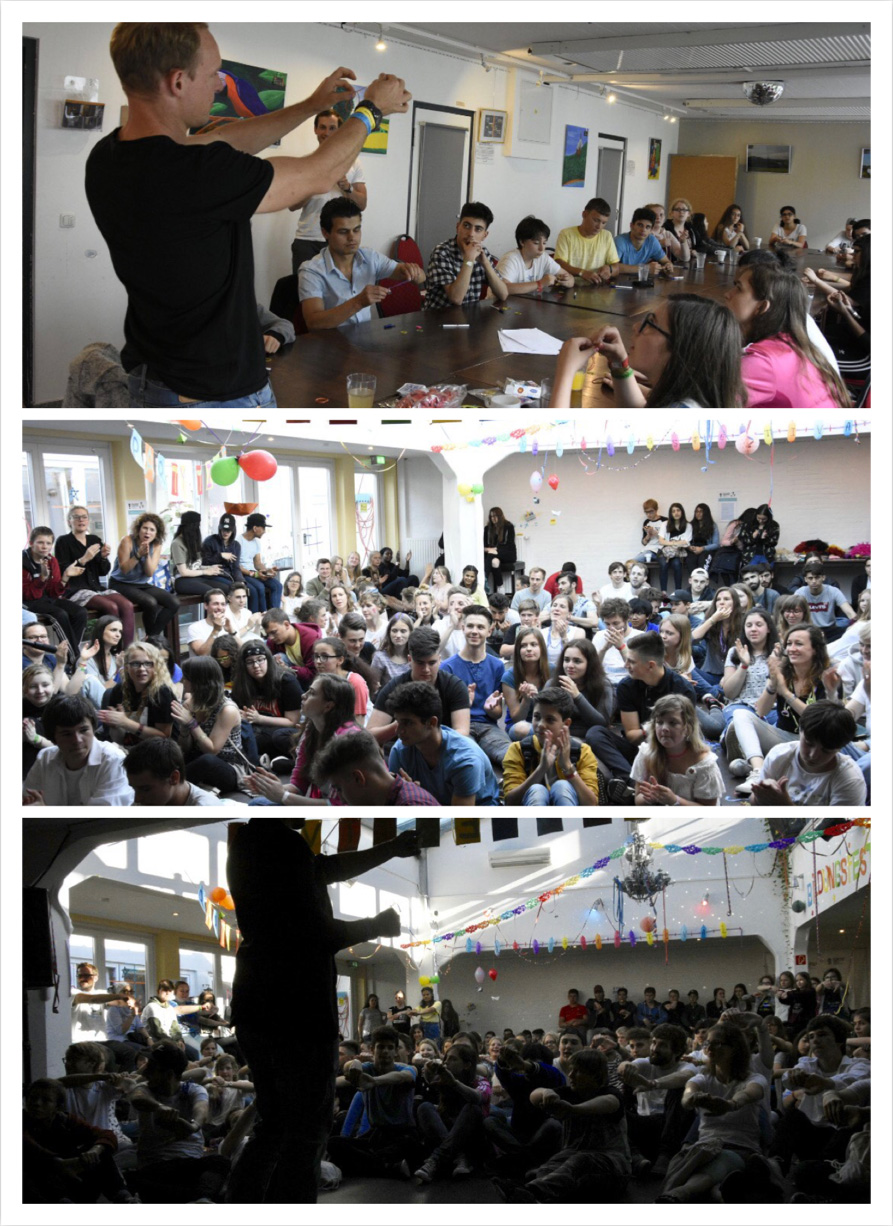 Felix performs three to four times for free charity magic.The last performance was in Essen at the Bildungsfestival 2017.

If you are a charity institution, then do not hesitate to apply for a completely free performance. 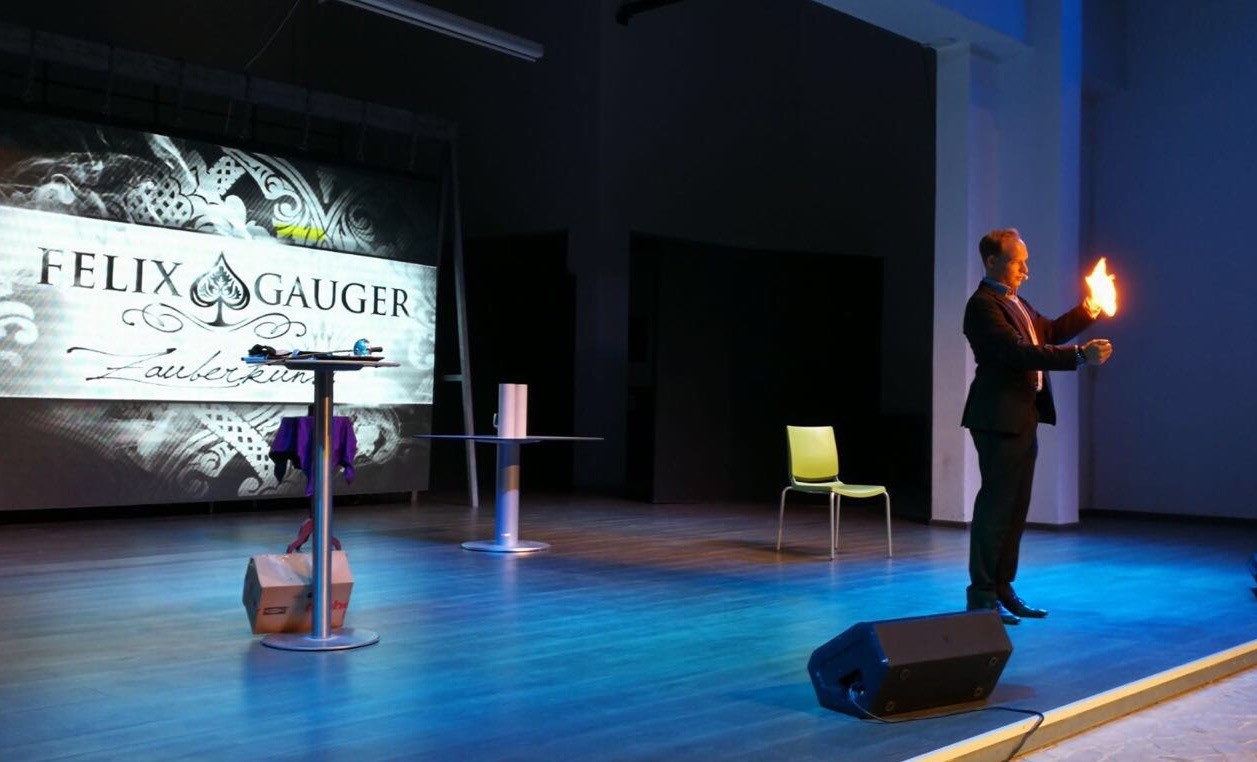 Felix Gauger performs the third year in row for the Club Magic Life, a trademark from TUI. This summer he is booked in the Greek Clubs in Rhodos and Kos. Both hotels have beautiful outdoor Amphitheatre, where Felix Gauger shows his magic hotel show. 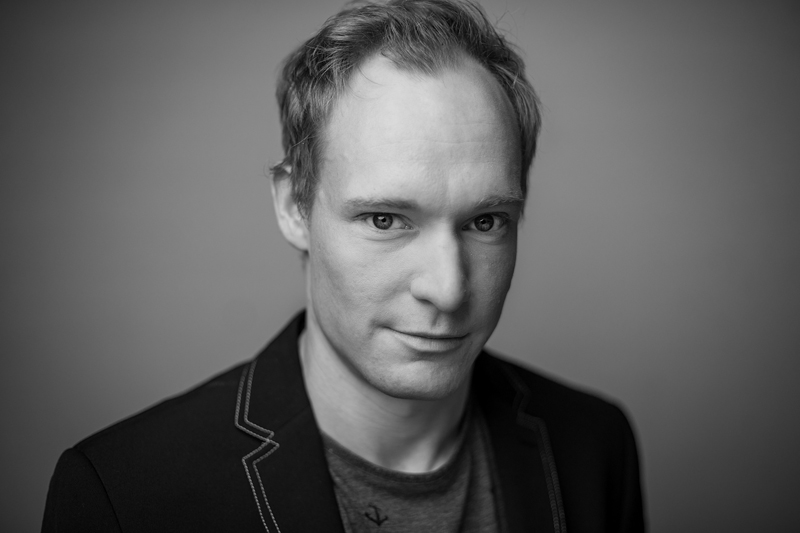 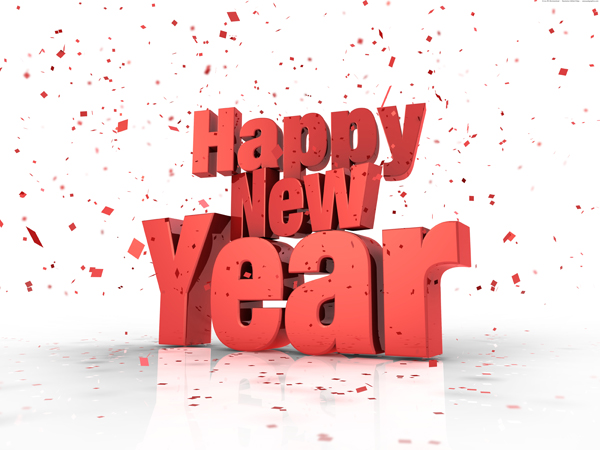 Felix wishes a happy new year and says thank you for an awesome year 2016 full of emotions, happiness and truly great events.